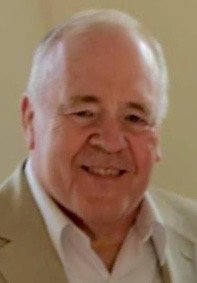 Please share a memory of Lawrence to include in a keepsake book for family and friends.
View Tribute Book

Lawrence “Larry”  McAteer Jr., at age 79, formerly of Rockville Centre, passed peacefully at Oakmont Center for Nursing, Oakmont, PA, on February 2, 2021.  He is the son of the late Lawrence McAteer Sr. and the late Evelyn (Schlegelmilch) McAteer.  Larry is survived by his “bride,” as he called her, Carol.  They were married 55 years.  Their sons, Timothy and Michael (Jennifer) and his brother John Raymond (Donna) survive him.  His sister and her husband, Eileen and Dale Tolbert, predeceased him.   Kaitlyn McAteer and Emily McAteer adored their Grandfather who they referred to as “Pop.’.  He was a wonderful Uncle to Jennifer Gottlieb, John McAteer (Liz), Thomas McAteer (Sarah), Roger Tolbert (Amanda), Julie Hollingshead (Jason), Chuck Benshoof and GayleAnn Behunin (Steve) and their children.  During and after attending Pratt Institute in Brooklyn, Larry was employed by Lawrence C. Gumbinner Advertising, in Manhattan. In spite of Larry’s many health issues over the years, he became successful in business.  At Media Networks, Inc. in Stamford, CT, he started in their Prepress Department and through hard work, he advanced to become the Quality Control Manager responsible for over a million dollars in billing each month.  He followed the creative artwork from input to output and handled any corrections needed in ads that ran in most of the top magazines in the Country.  He oversaw an average of 1,200-1,500 ad pages a month totaling an average of 40 million ad impressions monthly among their three printing companies.  Larry retired in 2003 after nearly 20 years with Media Networks which was owned by the 3M Company and later Time, Inc.  In the 1950s, 60s and 70s, many remember he and his Dad owned Larry McAteer & Sons, on North Long Beach Rd., Rockville Centre, operating an automotive service station.  It was there that he learned customer service and how to treat customers, a skill that he carried forever.  At 18, he joined the Rockville Centre Fire Department and served for nearly 20 years in Floodlight Rescue Company.  His Dad was a founding member and officer.  His brother, Ray, served and years later Larry’s sons followed in his footsteps.  He volunteered in Scouting, in his church and in the community.  He made it his mission in life to befriend people who needed a friend and was able to put a smile on people’s faces with his sense of humor.  He always had a great attitude and was grateful for all he had in life, including the loving support of his wife and his family.  Friends may call Saturday 2-4 & 7-9 PM and Sunday 2-4 PM.  Funeral service will be held on Saturday at 7:30 PM.