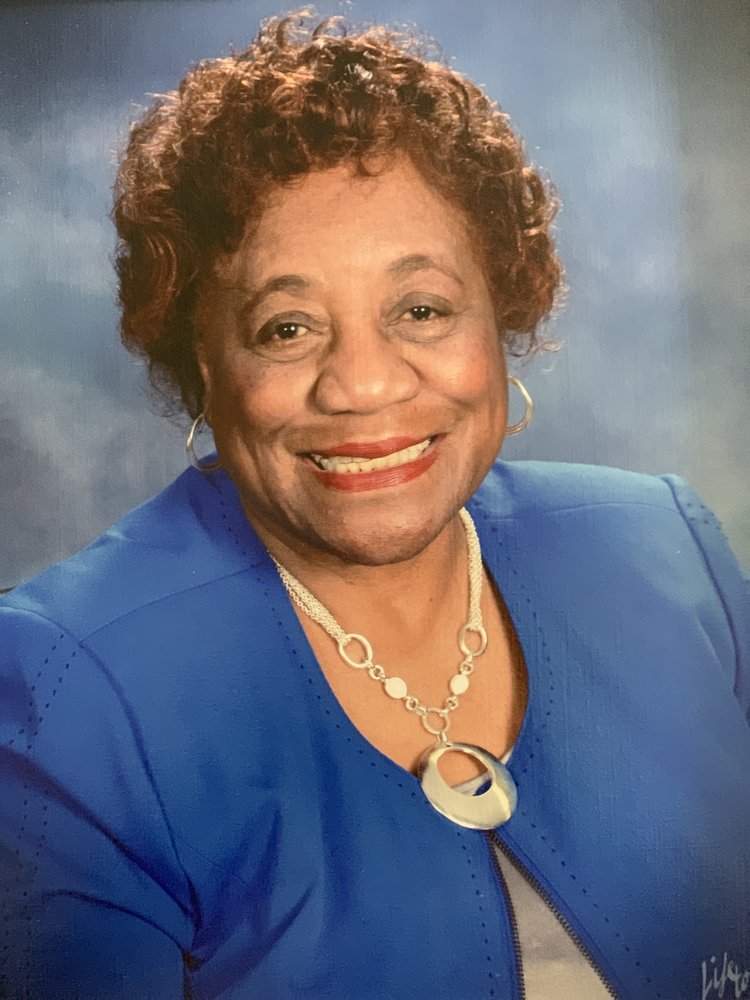 Helen Katherine Mitchell was born on September 10, 1933 in Rockville Centre, NY to the late Clarice and John Mitchell Sr.  Helen was the youngest of three siblings, raised by their Aunt Helen and Uncle Leo Tucker in  Jamaica, NY.

Helen graduated from Knoxville College in Tennessee wtih a B.S. in Educatin and a Master's Degree in Psychology from Columbia University.  Using these degrees she taught at the Washington Rose School in Roosevelt, NY retiring after 30 years.

Helen married Early Skates in 1960.  They moved to Freeport, NY and shortly after their son Kenneth was born.  Helen was a loving wife and mother to Early and Kenneth.  They were married for 52 yeas seperated only by his death in 2012.  Helen loved singing and playing the piano with her son, Kenneth.  Their home was always filled with loving family, friends, church members and OES sisters and brothers.

Helen was a very active member of Shiloh Baptist Church for over 60 years, She served as a deaconess, Sassy Seniors Ministry Group Leader, member of Senior 55+ Club and The Tree of Life Day Care.  She enjoyed the company of others and large social gatherings.

Helen was also a member of several fraternal orginizations.  She was a founder and past matron of Star of Nefertiti #65.  She held several positions and worked on many committees such as Star of Bethlehem Grand Chapter Order of Eastern Star serving ass Grand Martha, Honorary Past Grand Matron.  She was also Past Most Worthy Grand Matron of the Oasis Court #7 Daughte of Sphinx.

Helen remained steadfast as her devotion to her church and most of all, her family.  When her health began to fail, her son, daughter in-law, grandchilderen, Eastern Star sisters & brothers, fellow church members and friends stepped in.  They were committed to caring for her at home and showing continuous love and support until her death.

During Helen's last days she coninued to show God's love for others with her warm smile, a word or just a look.  Helen leaves to cherish her memory her loving son Kenneth(Valarie), grandchildren, great grandchildren, brother John Mitchell Jr. (Frances) nieces, grandnephews, cousins, best friend Barbara and a large circle of friends.