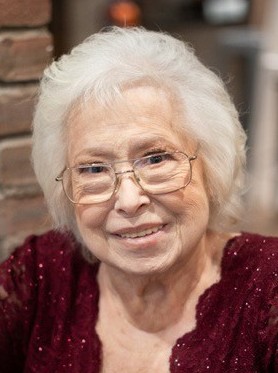 Esther Rohan, 86 of Oceanside, NY went to be with the Lord on May 23, 2020.  Esther was born on May 21, 1934 in Manhattan and was raised in Far Rockaway by her parents Robert and Mary Andrejcsik Sos.  She graduated high school and married her husband William Roha and together they shared 3 children Suzanne, Timothy and Karen.  She worked for Verizon for many years before retiring.  Esther enjoyed painiting, gardening, and spending time with her family.  Esther is survived by her daughter Karen Thuren, her son Timothy Rohan and her son in-law John Thuren.  She is the beloved grandmother of Jessica Garcia, Henry Garcia, Victoria Ingargiola, Lorenzo Ingargiola, Justin Thuren, Nicole Thuren and Denise Peycke.  Loving great grandmother to Nevaeh Cruz, Gianni Ingargiola, Gabriella Garcia.  She is the sister of Elizabeth Suri, Robert Sos and Richard Sos.

Plant a Tree
Print
Friday
29
May