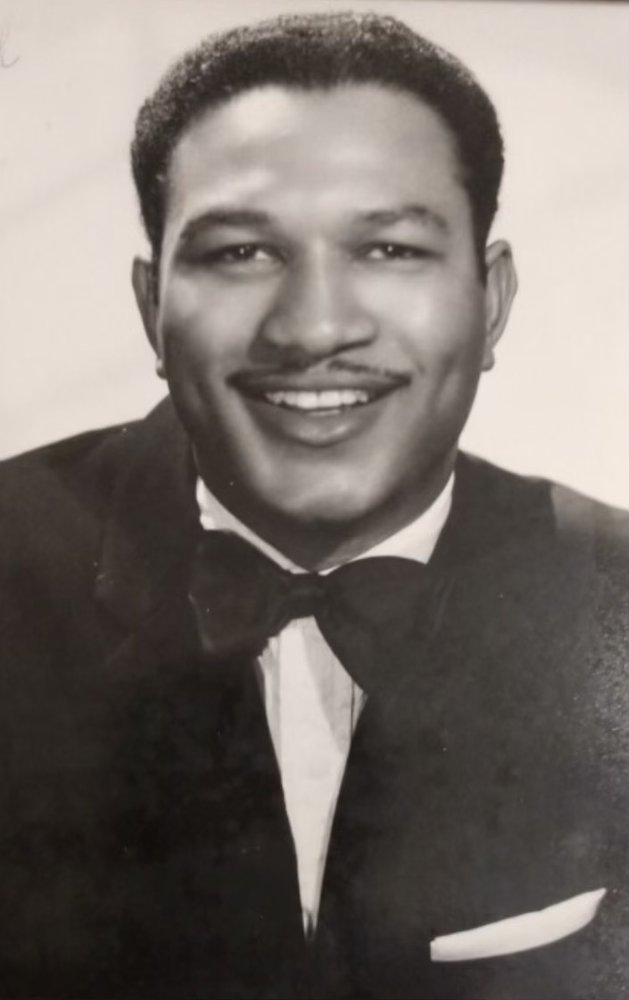 Please share a memory of William to include in a keepsake book for family and friends.
View Tribute Book

William Shelley Trice, 92, departed this life on January 4, 2021, in Rockville Centre, New York.  William, affectionately called Shelley, was preceded in death by his parents Benjamin F. Trice and Henrietta Clark Trice.  Shelley was born on February 15, 1928, in Newton, Georgia.  The youngest of three sons, Shelley grew up with his parents and elder brothers Dr. William B. Trice and Robert L. Trice (deceased) in Kings Creek, a community in New Cumberland, West Virginia.  Shelley attended Dunbar High School in Weirton, West Virginia, where he played basketball and football.  He also studied at West Virginia State University.  At 16, Shelley enlisted into the United States Navy and then the Air Force where he served in WW2 and The Korean War.  After relocating to New York City in the 1950’s, he pursued a musical career as a jazz/standard singer.  In 1964, Shelley moved his family to Lakeview, a neighborhood in West Hempstead, New York, where he volunteered his time to the Boys and Girls Scouts.  He was also a Mason and a member of the Lions Club.  A hardworking man, Shelley was employed with the New York City Parks Department, and later continued his career with the Village of Rockville Centre, before retiring.  In his free time, he enjoyed hunting, fishing, cooking, baking, gardening, and traveling.

Shelley loved his family and spoke fondly of the many memories of them, his friends, his colleagues and growing up in Kings Creek.

Shelley was a man of faith who was loved by his family, friends, colleagues and will be forever missed.

A Memorial Tree was planted for William
We are deeply sorry for your loss ~ the staff at THOMAS A. GLYNN & SON FUNERAL HOME
Join in honoring their life - plant a memorial tree
Print
Online Memory & Photo Sharing Event
Online Event
About this Event